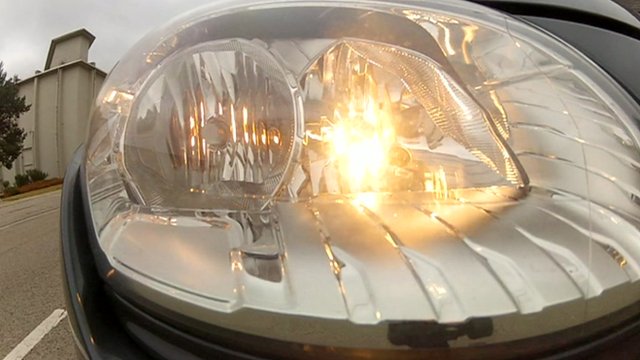 Motorists are being warned about a new insurance scam where criminals flash their lights to let other drivers out of a junction, then crash into them on purpose.

Anti-fraud experts are calling it “flash-for-cash”.

The gangs tend to target new, smarter vehicles or vulnerable road users, including older people and women with children in the car.

The scam is costing insurers hundreds of millions of pounds every year.

It is a new tactic for an already well established crime, called “crash for cash”, where criminals slam on the brakes for no reason so that the victim drives into the back of their car.

Police investigators said the criminals will often remove the bulbs in their brake lights so other road users don’t know they’re stopping.

However, “flash-for-cash” is more crafty, because it is harder to prove in court, often coming down to the innocent driver’s word against the criminal’s that they flashed their lights to let them out.

Each “accident” can net the gangs tens of thousands of pounds in a variety of ways.

Firstly, they put in false personal injury claims for whiplash, sometimes including claims for people who were not even in the car. Added to that, they might charge the insurance company for loss of earnings, then they put in fake bills for vehicle storage, recovery, repairs, and replacement car hire.

Detective Inspector Dave Hindmarsh from the Metropolitan Police is an expert at catching them out. He says this kind of crime costs the industry a fortune and, as ever, it’s the honest, insurance-paying motorist who is footing the bill,

“The problem is a growing problem. Financially it costs insurers £392m a year – that impacts on motorists as it’s an extra £50 to £100 on every person’s premium so that’s a financial cost.

“[There are] emotional costs [as] if you’re involved in a crash you could well lose your confidence, and if your passengers are children they may well become wary of being passengers in cars, and of course you may get injured or killed.”

This latest “flash-for-cash” warning has come from Asset Protection Unit (APU), a company which helps the police and the insurance industry investigate fraud. Neil Thomas at APU says the criminals pick on people who are not going to put up a fight,

“Perhaps single females in the car with children in the back, perhaps doing the school run. Where they know there’s going to be no resistance, no real argument at the scene. The children are going to be upset”.

Generally speaking, drivers are not meant to flash their lights to let people out onto busy roads. It is meant to be used as a warning.

However, the reality is that most people do use it as a friendly gesture, and law-abiding motorists feel it’s a shame that something that is meant to be so positive, a rare show of good manners on the road, is now being abused by criminals.

The police and fraud experts believe that by raising awareness, and making people more wary, there is a good chance many drivers won’t take the bait when the criminals lay a trap.

Have you been a victim of “flash-for-cash”? You can send us your experiences using the form below.